Hard to believe how fast time has been flying! I’ve been a little bit lazy (due to the dreary, rainy weather earlier this week) and fighting a wee cold (although 95% better now) but this morning the sun is mostly shining and I woke up motivated to post another long-overdue update!

Last weekend we went to an awesome concert (Jungle) at probably the most awesome venue ever, The Arches. The venue is located in a brick viaduct underneath the Glasgow Central Train Station – I’m sure you’re all thinking that sounds terrifying and sketchy but I can attest it is in great condition/impressively renovated and structurally sound. I didn’t even see any sewer sludge ala Ninja Turtles, as expected.

I originally bought the concert tickets in July (before I had a visa or a flight or anything) and since The Arches has a restaurant attached, there was a discount if you purchased your prefix dinner along with your concert tickets. The food was actually really delicious and the restaurant also shares some of the brick archways of the main venue space so it was really cool.

We were pretty close to the front while Jungle was performing, but this is the view looking back, which gives more of a sense of the arched space. 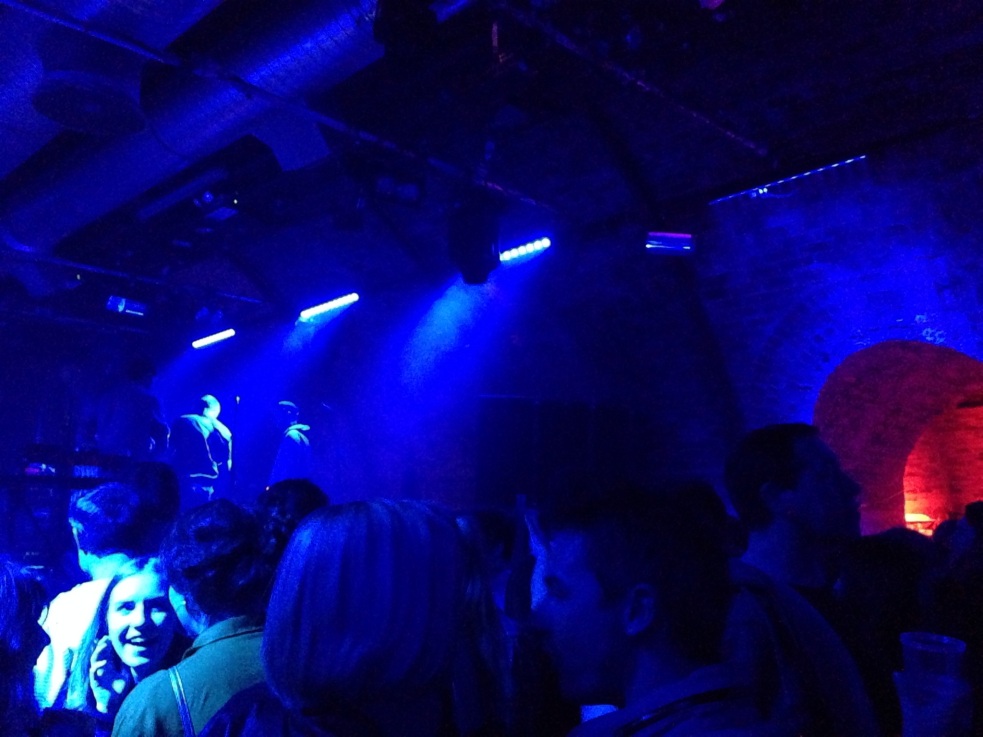 It was a really great night and such a unique experience!

Last weekend we also changed our clocks back one hour so it’s been getting dark so early, especially when it is cloudy! It has also been very windy, which makes the rainy days especially difficult. I’ve noticed that hardly anyone wears rain boots here – I remain baffled by this and while I understand they are not necessary for the constant drizzle we have on some days, other days it downpours for hours and I see girls in Keds and ballet flats. That being said – I have no shame in wearing rain boots – before I bought them I had one day of wet socks and it was not fun. 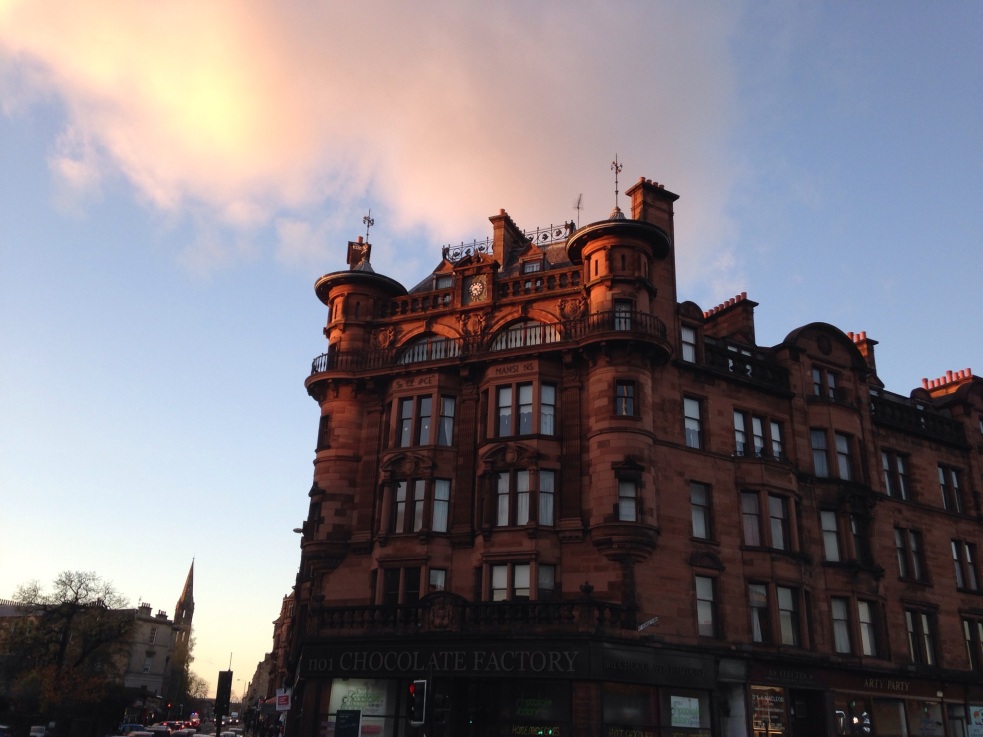 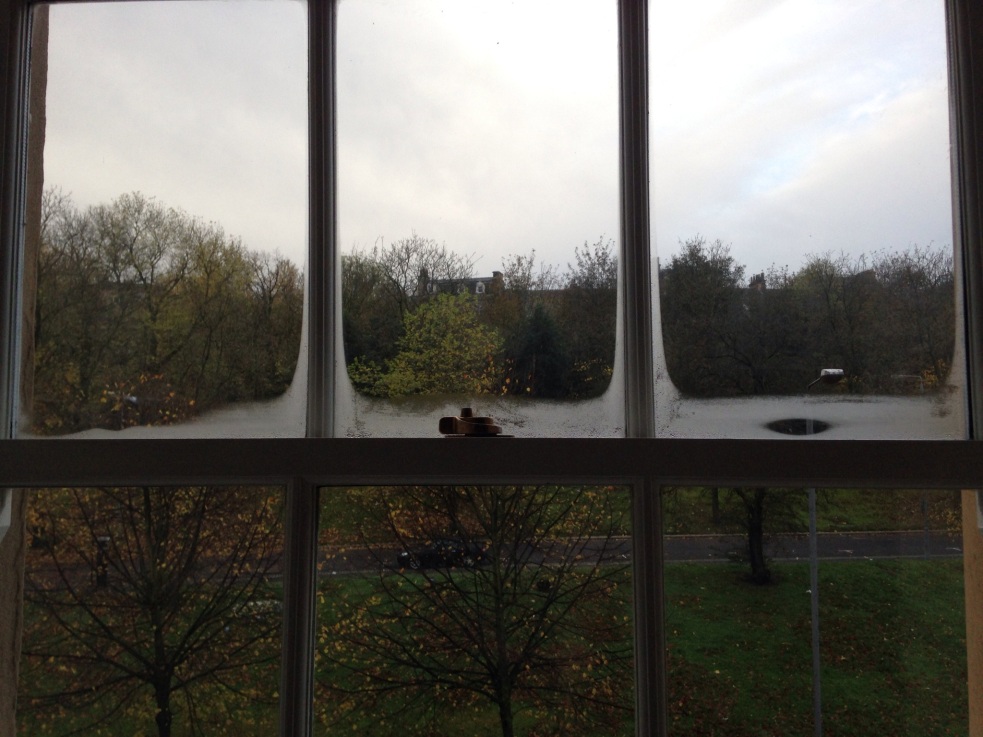 I’ve been cooking most of my own meals lately but have also begun craving certain foods, like Dos Toros burritos, so I decided to venture to a Mexican place called Pinto that people were raving about on yelp. (Sidenote: There were even some reviews that said something like “if you are American, this is better than Chipotle!!” I personally would eat Dos Toros over Chipotle any day of the week but I figured by default, Pinto would be the closest thing to DT on this side of the pond) I was really excited when I walked in because it smelled delicious, but I have to say my “bare burrito” aka bowl was very bland and disappointing.

I think I might give them another shot sometime (perhaps with nachos?) but for now I will continue to daydream about dos toros…

Here is a bus stop on Sauchiehall Street 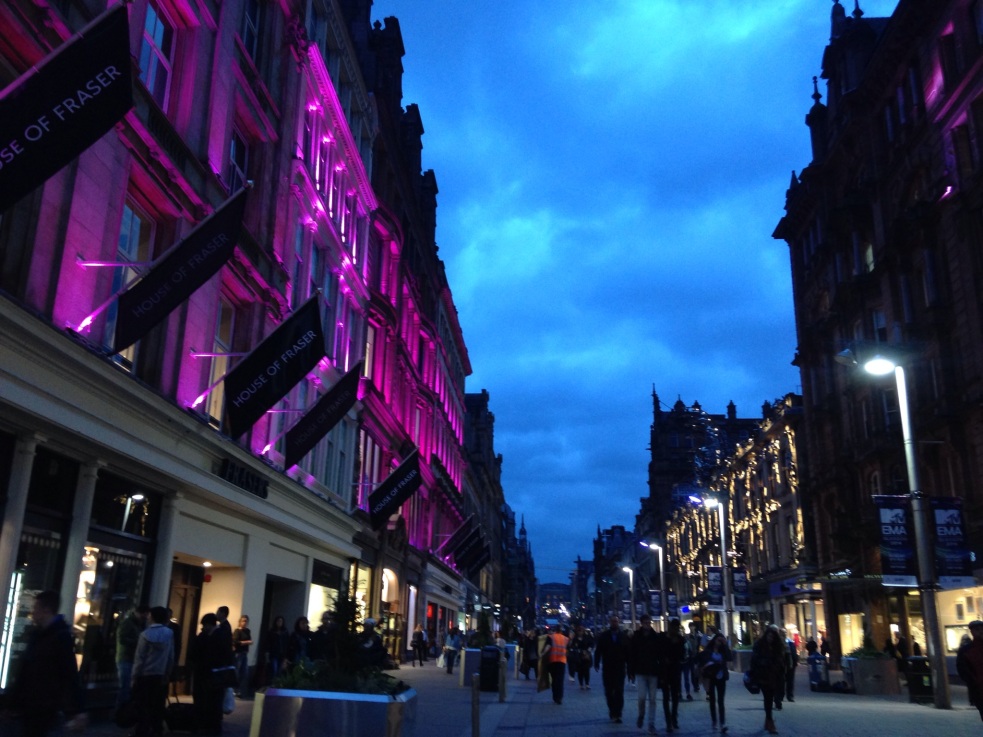 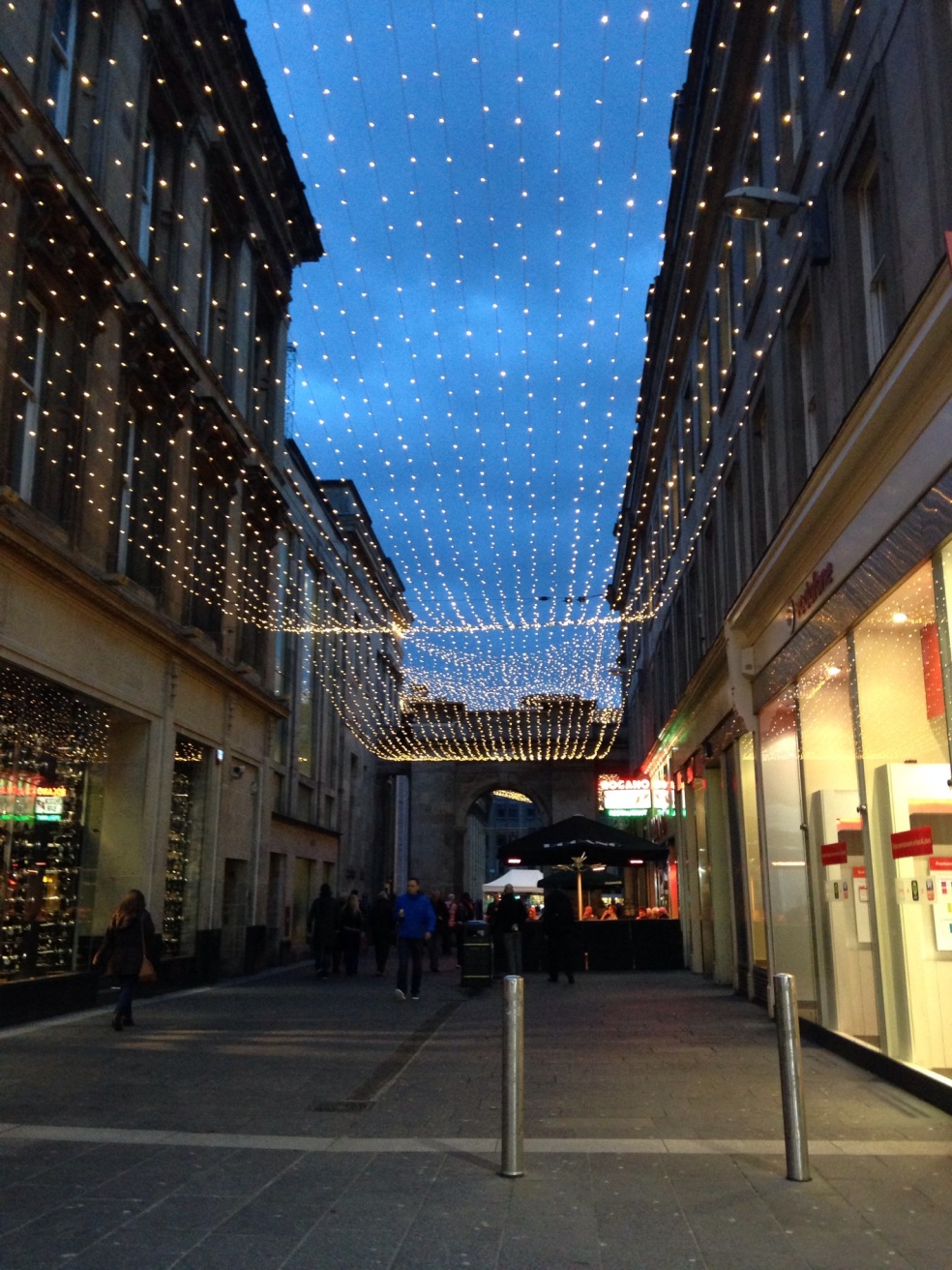 Lastly, Halloween! I finally successfully transformed into a lobster for two nights in a row – so fun! We went to a few parties around school and enjoyed the warmish and non-rainy weather, and all the weirdos that came out to enjoy it too. 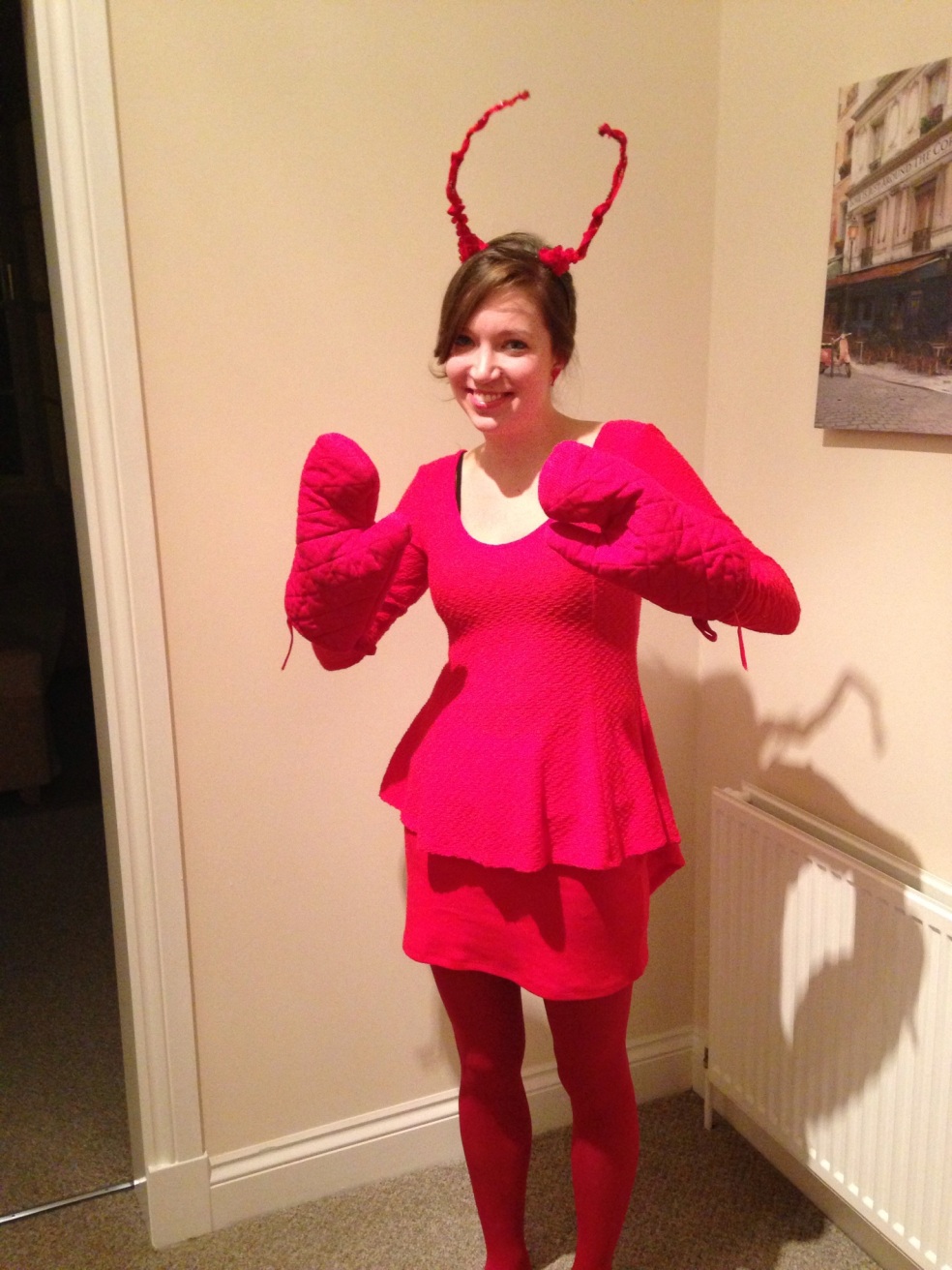 (Claudia was a gumball machine – so cute!) 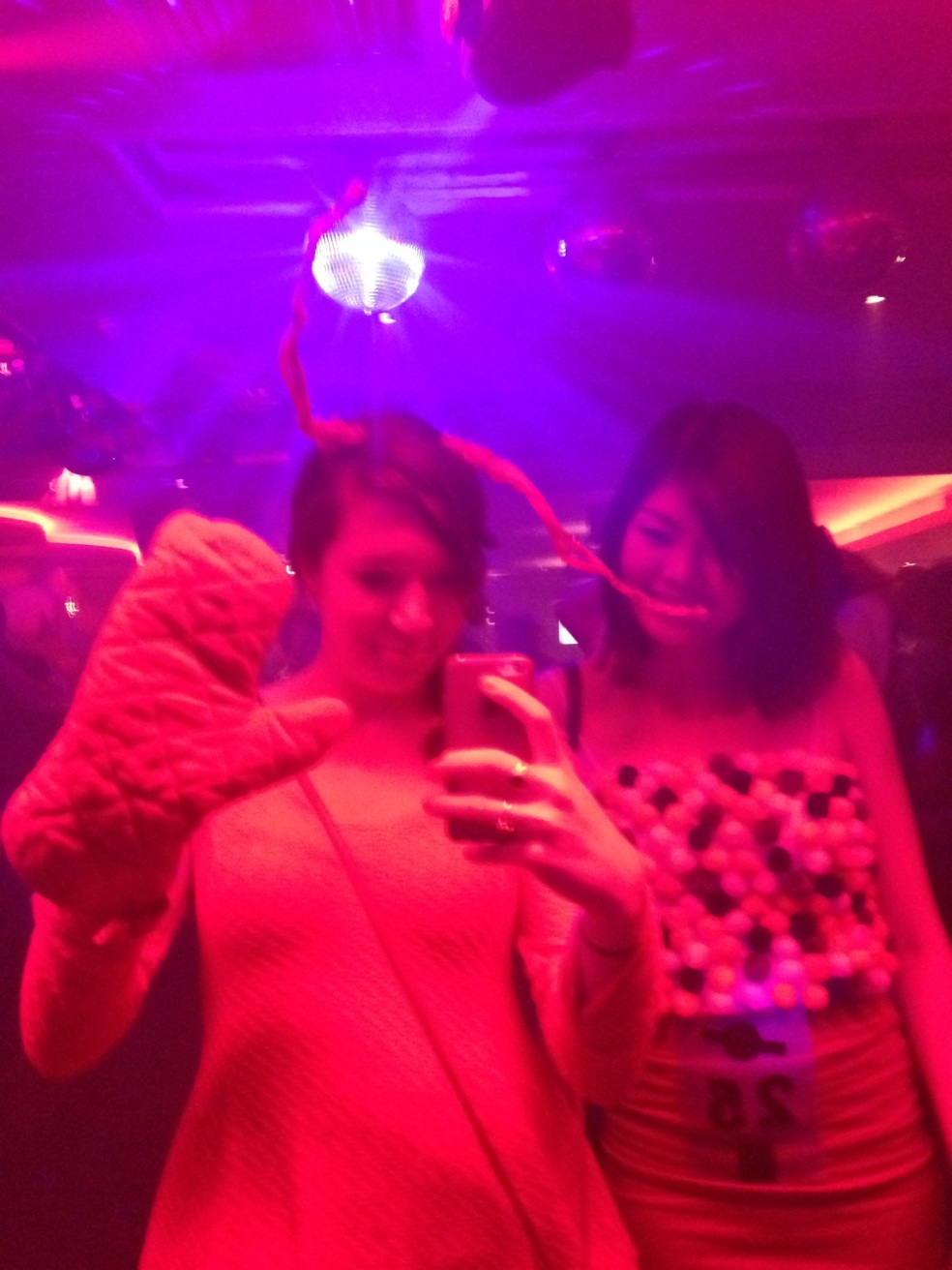