The night before the referendum vote, we went over to our product designer friends’ flat for some homemade sushi. There were several other international students from Italy, Portugal and Japan and not surprisingly, the sushi making became quite the photo op. I also really liked the wallpaper in the flat.

On Thursday night, we ventured across the Clyde River (not as intense as that may sound) to O2 Academy for the alt-j concert which was really sweaty but really fun. We decided to take the subway back and I was surprised at how small and compact the cars are!

SO. Maybe it was because the vote was “NO”, but I have to say I was disappointed by the lack of excitement after the results were announced. Our neighborhood, which had many YES supporters (evident by the flags and signs in windows all around) was very quiet the morning after. We wandered to school and ended up at a sustainability day terrarium workshop, which was fun and is a nice addition to my bedroom. We also took the terrariums to get Mexican food at Driftwood on our way home, because why not? We decided to take the terrariums home before going down to George Square and saw crowds of people from the YES camp, but no one from the NO side celebrating. People were revved up and optimistic that more change would be coming to Scotland now, but no one was violent or even very angry. (A good thing of course, but still surprising)

Today, it poured in the morning but became really nice and sunny! We walked all the way to the east side of Glasgow to a large market area called The Barras. It kind of reminded me of the Pennsauken Mart – perhaps some treasures to be found but mostly random stuff (cheap DVDs, books, packets of vinegar for 1p, etc)

Tonight, our M Arch class is going out with some recent grads from the program to bond and apparently learn some traditional Scottish dances.
Should be interesting..(?)

ps – somehow my photos uploaded slightly out of order below..hope it all makes sense! 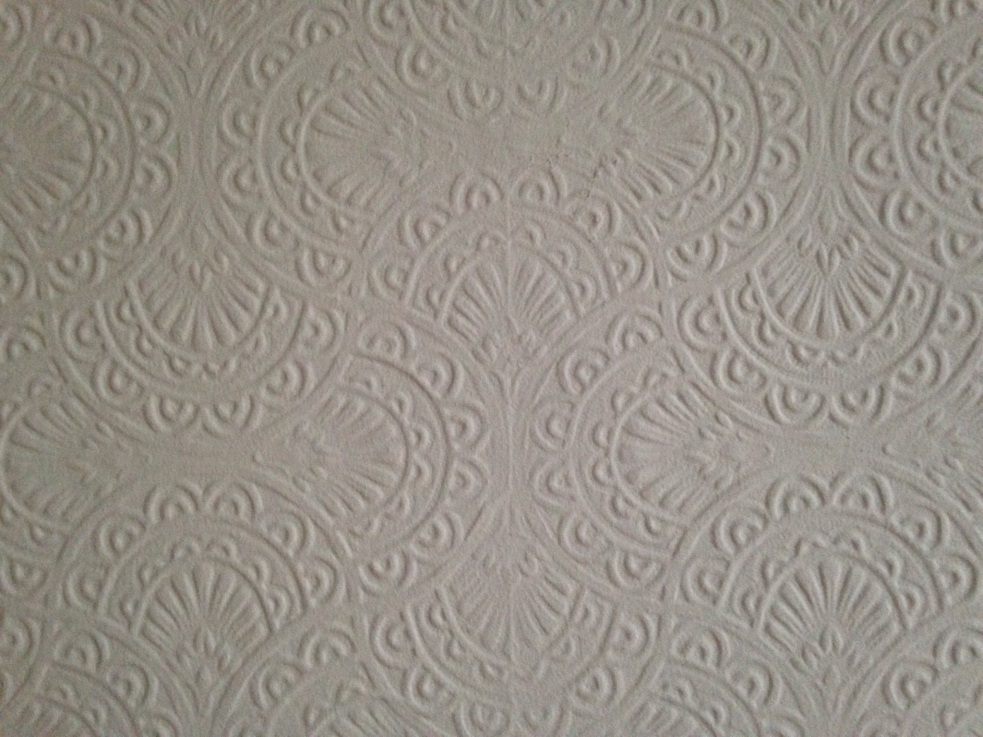 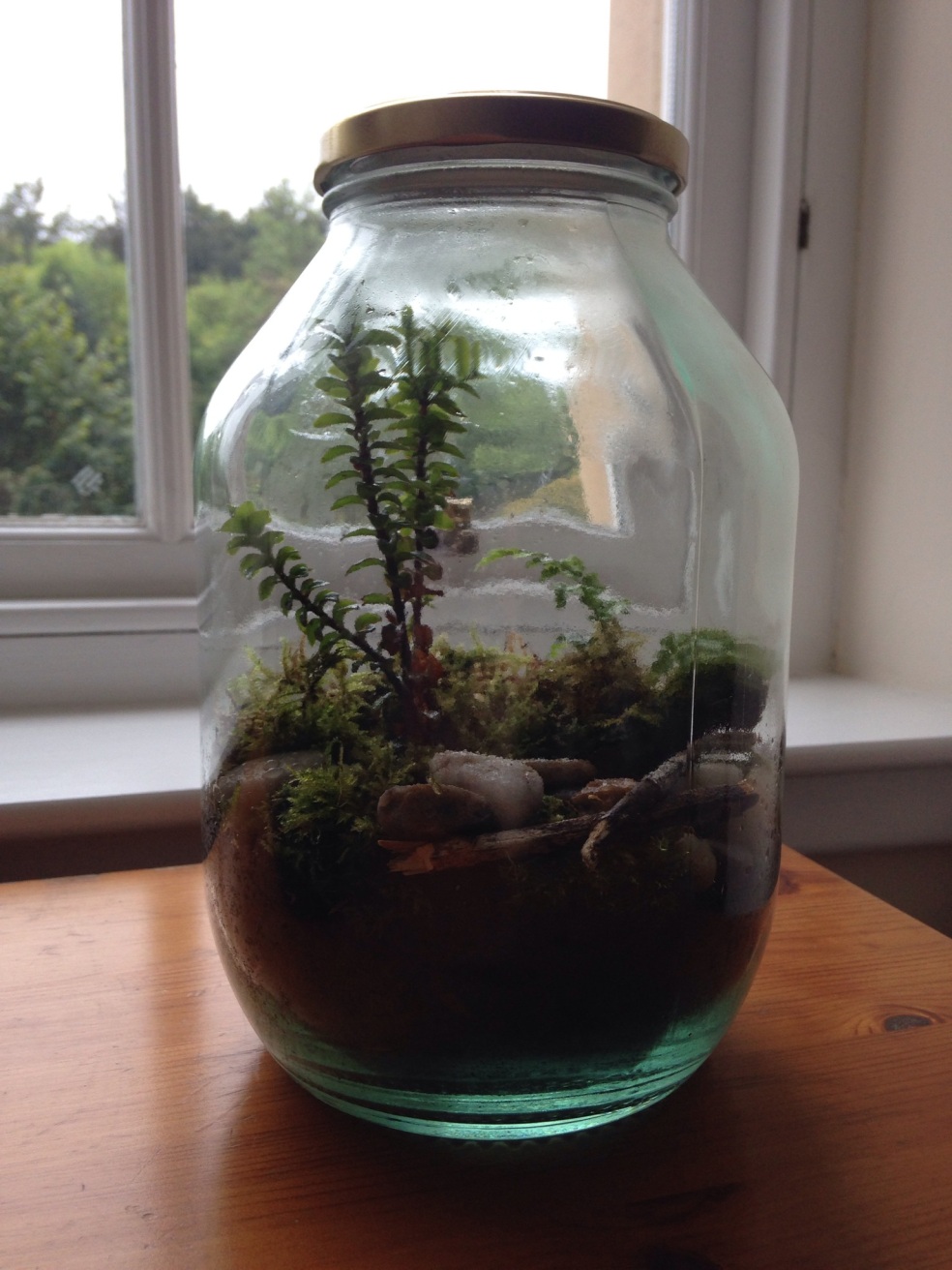 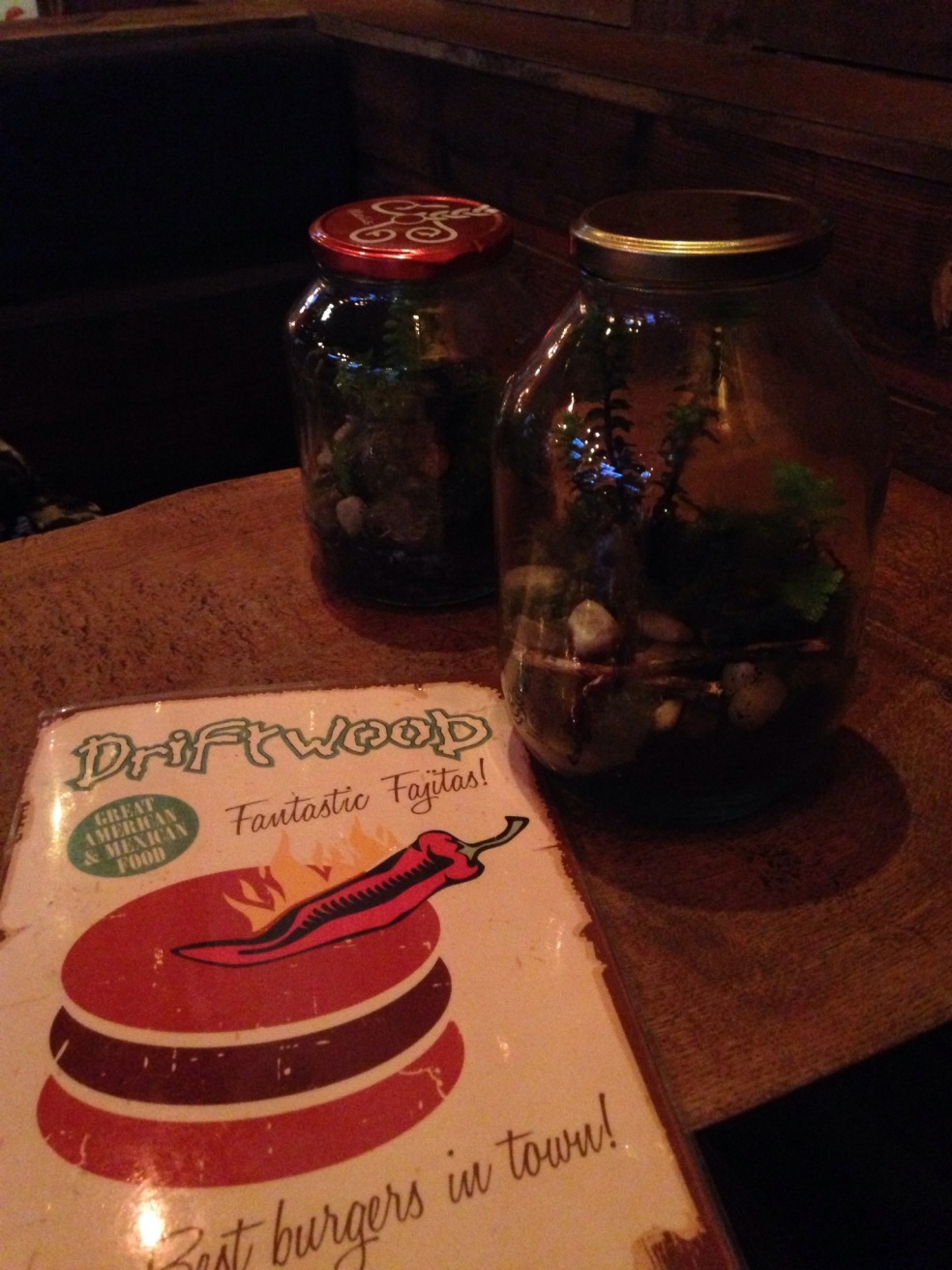 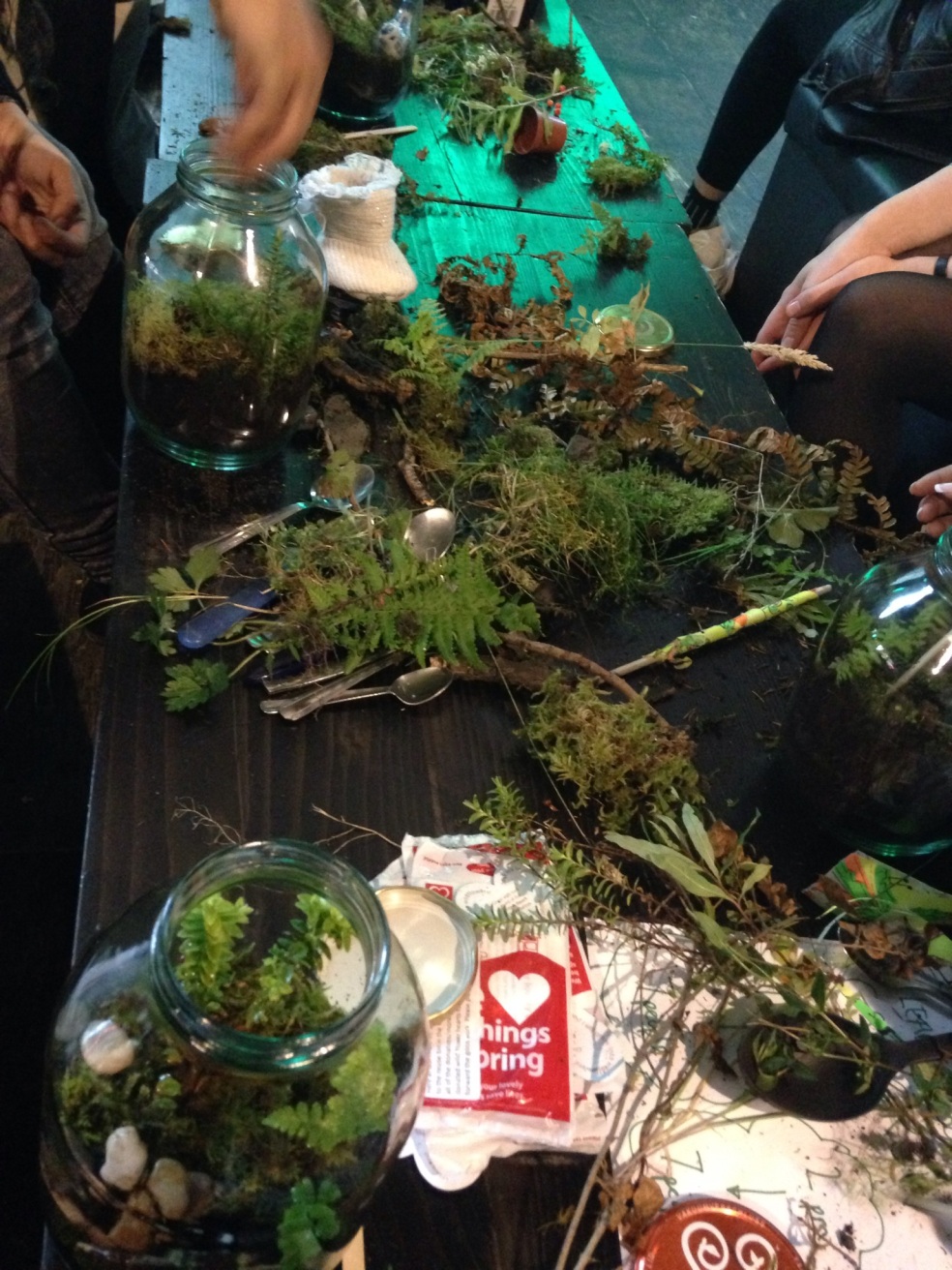 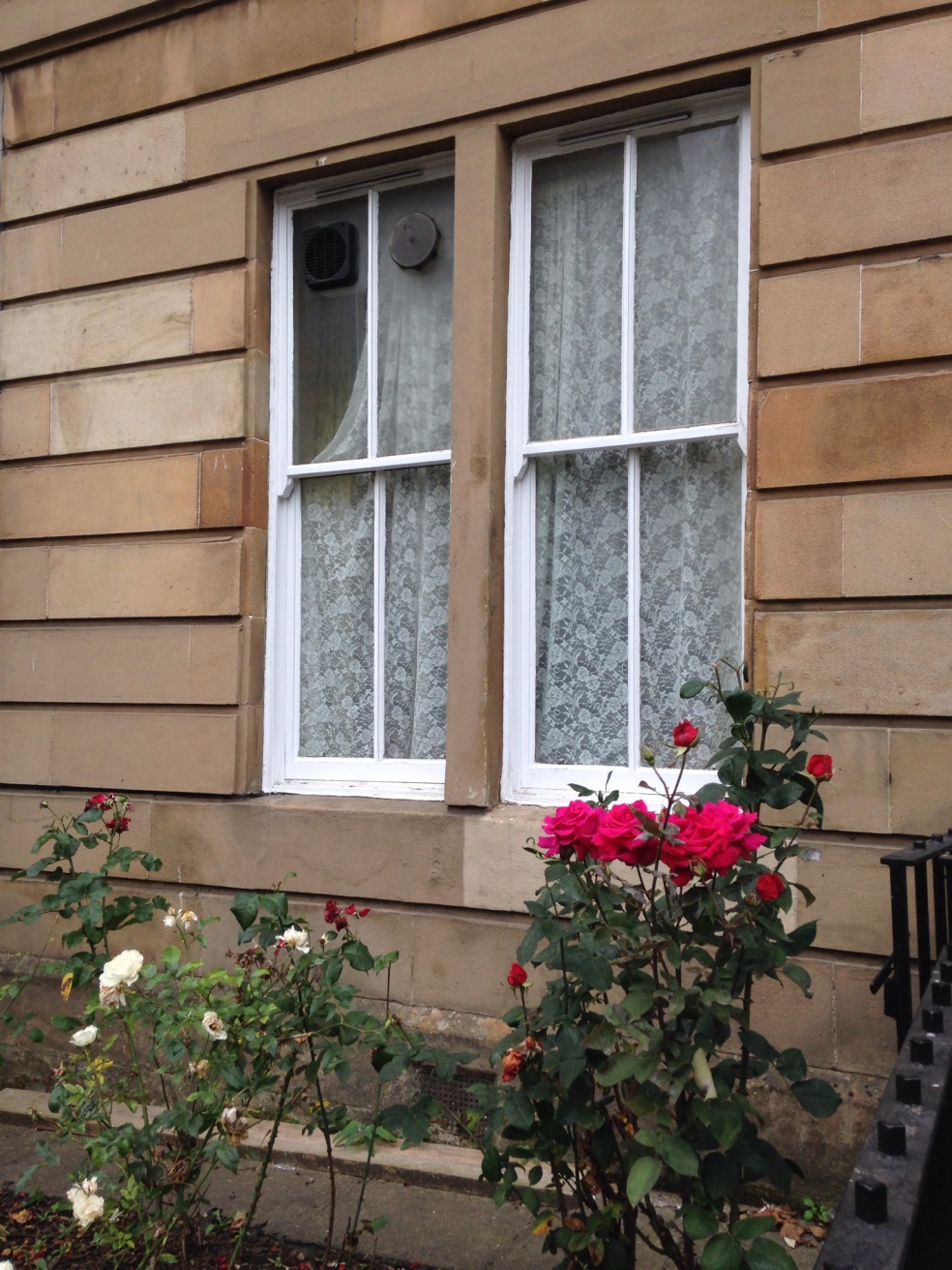 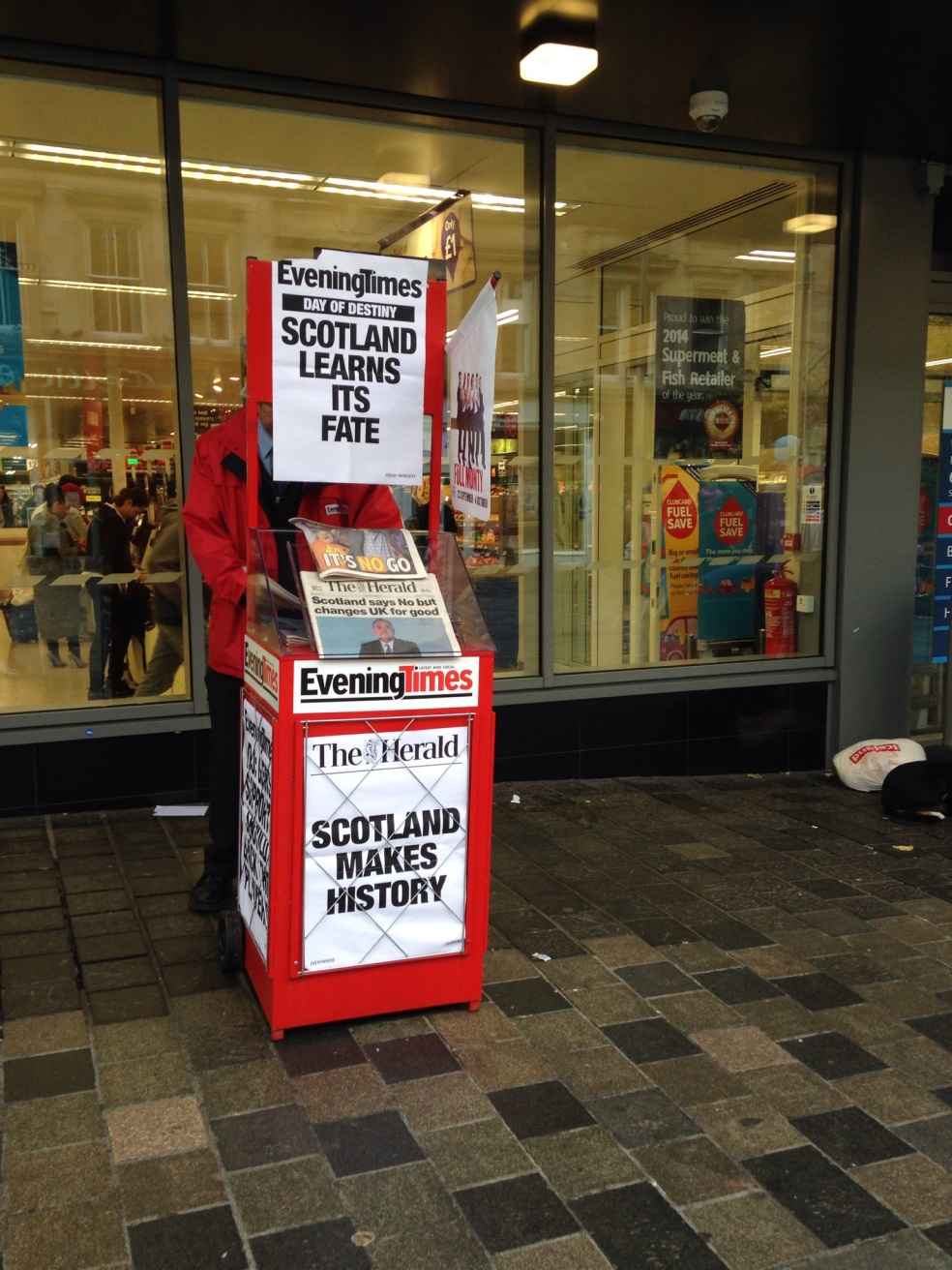 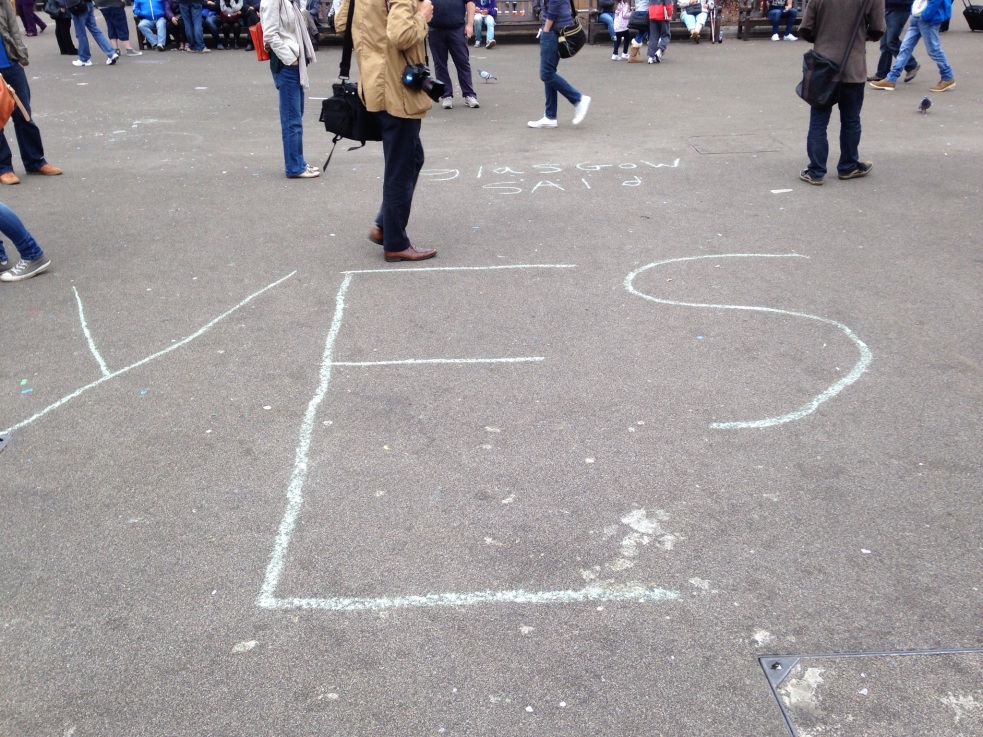 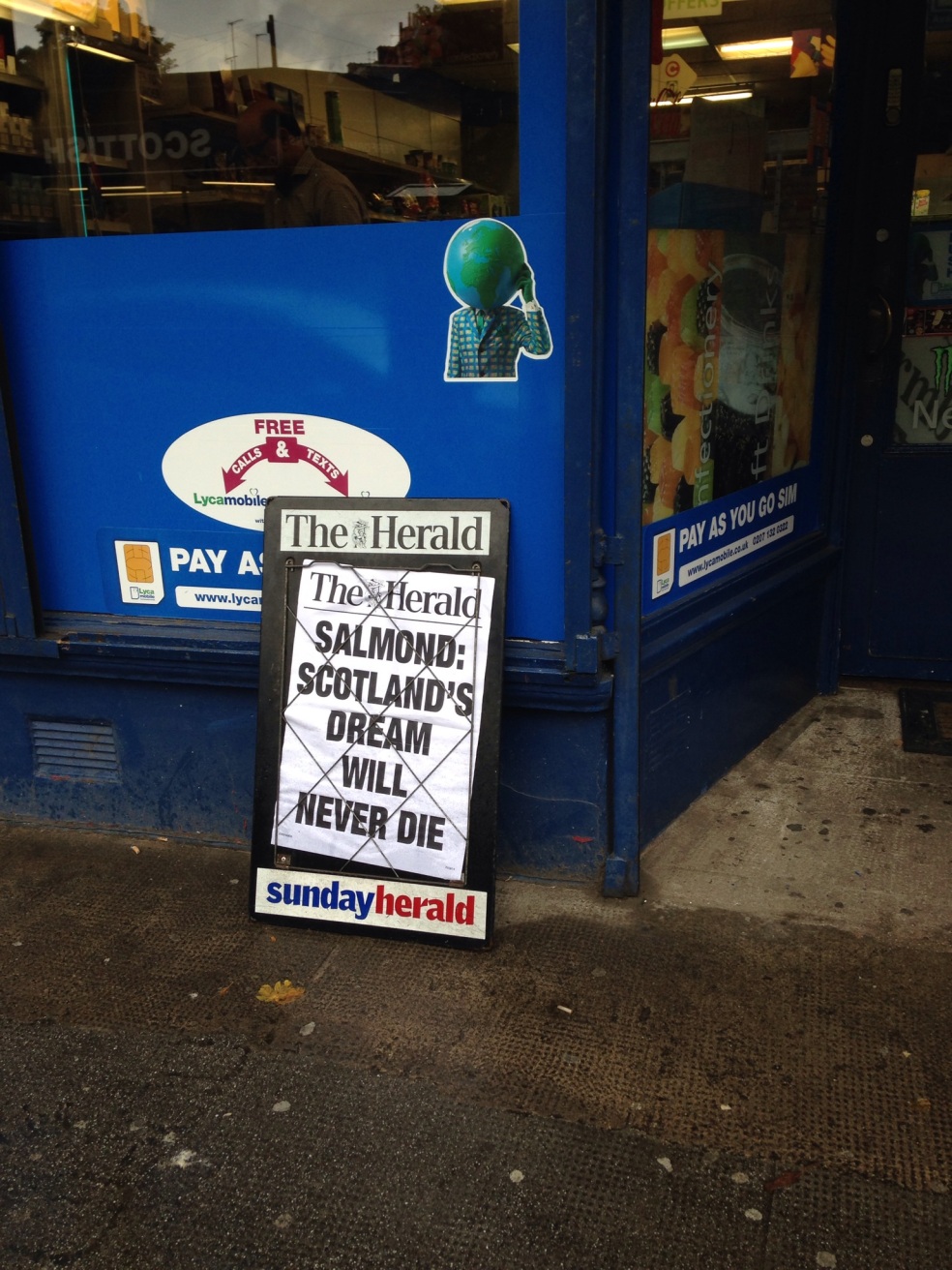 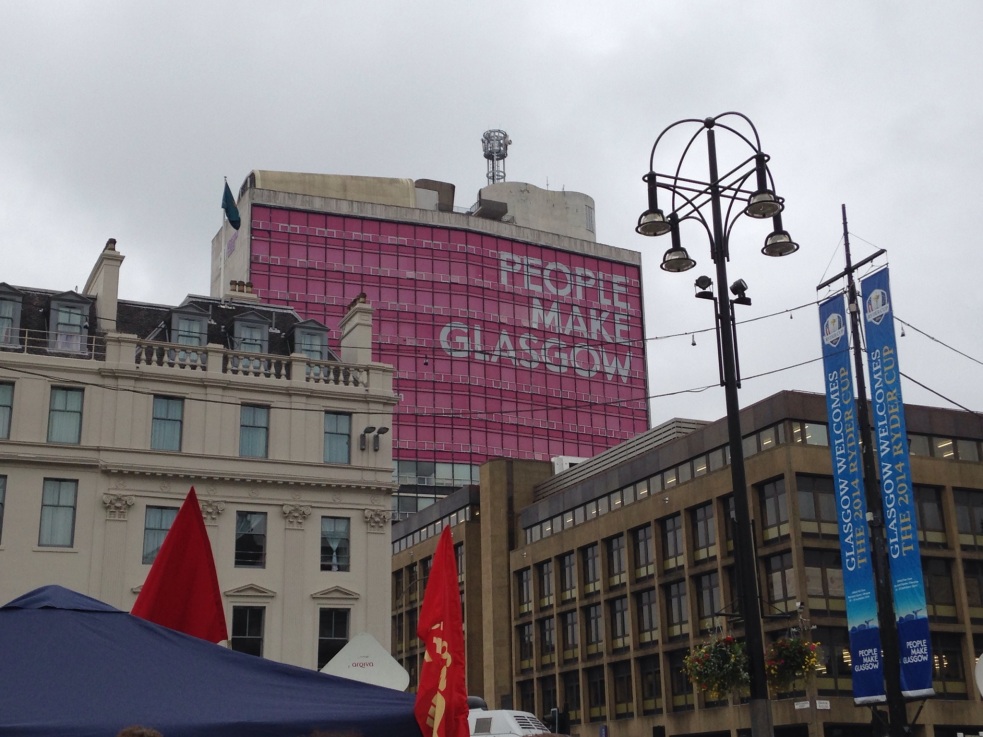 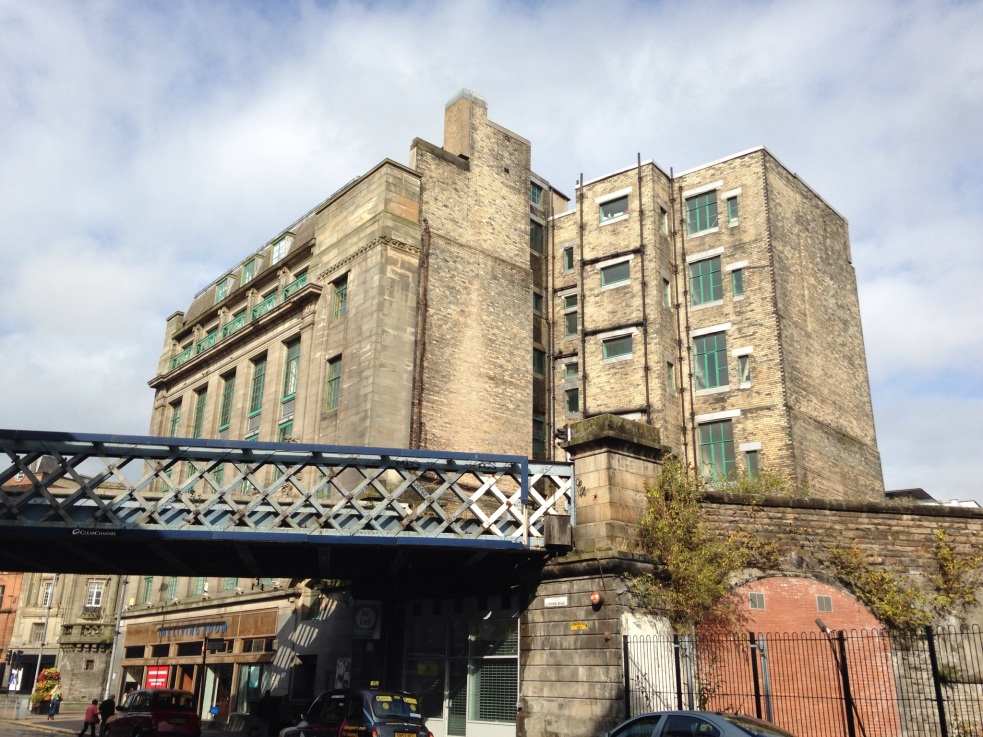 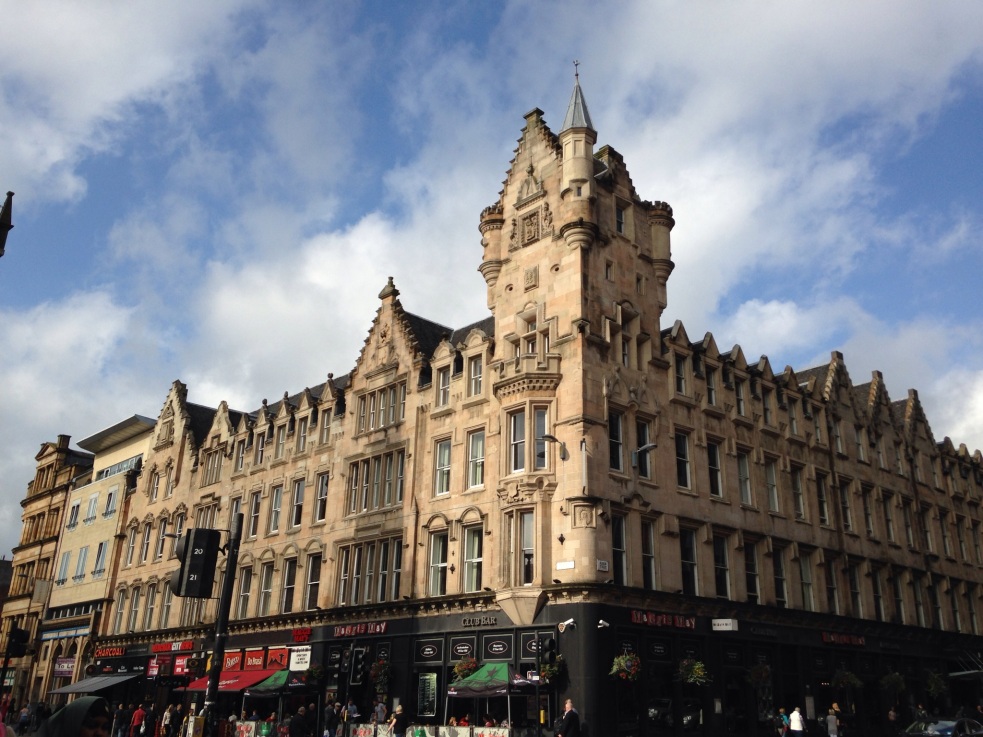 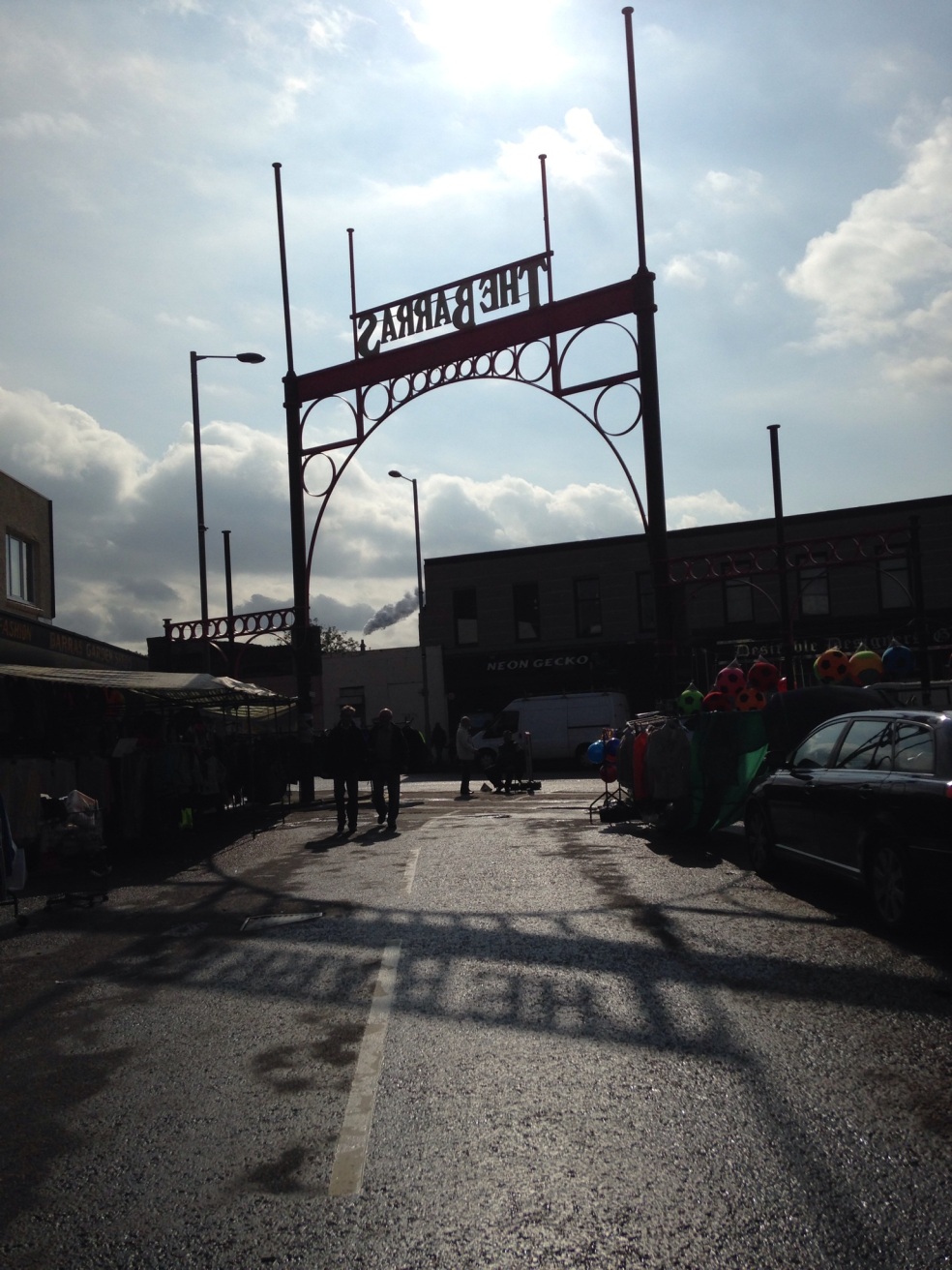 2 thoughts on “Glasgow says yes! Scotland says no thanks!”